The schedule for the publication of the 2nd Edition of Personality: A Systems Approach has now been added to the site. See here for details.

Edition 1.8 of Personality: A Systems Approach is now online at Amazon.com and elsewhere. I and everyone who worked on this edition hope you will like it very much.

Edition 1.8 of Personality: A Systems Approach has now been approved in its final form. The book should be online at Amazon.com and other vendors soon.

As of this evening, we have uploaded the book once more so as to obtain page proofs, and I expect our third set of proofs ought to arrive next Wednesday, August 5th. We will review them right away.

Before we upload the book to obtain professional page proofs, we first print them here in New Hampshire and look for errors. We compare our printed version to the page proofs we previously received to ensure that corrections have been made and that nothing has gone awry. Then, we upload the book and examine it once more online. If everything looks good, we submit it to the printer (Createspace). We then receive page proofs 4-5 days later.

More detail on yesterday’s issues that led to the delay…

We almost made it (released the book for sale) this time, but we discovered at the last minute that, for some weird reason, the page numbers were on the wrong side of the page for Chapters 6 through 8 for the even-numbered pages. Once we detected the problem, it seemed to us all worth postponing the release to fix the problem.

We noticed some errors in the page layout of the July 27th proof of the book. To ensure those issues are properly addressed we have delayed the release of the book  until August 10th, 2015.

Once the book is released, it will be available for order immediately on a Createspace web page and should be available within several days on Amazon.com. It also will appear on other websites after one to two weeks.

Edition 1.8 of Personality: A Systems Approach is on the way, with a release date scheduled for August 3rd, 2015. instructors are invited to request an examination copy of Edition 1.8 (2015) by using the request form here.

A revised edition is on the way, with a release date scheduled for August 3rd, 2015. More information will be available on this website soon. In the meantime, instructors are invited to request an examination copy of Edition 1.5 (2014) by using the request form here.

I’ve added a new “Edition 2” revision page on which I’ll list ongoing changes that I’ve been  working on since the release of Edition 1.5.

I’ve updated the on-line description of the book (used by all vendors) to clarify that this is a “bridge edition.” The new text reads:

Edition 1.5 is a bridge version between the first and second editions. The book has been reformatted, rewritten and updated, but as of its publication on August 18th, 2014, further revisions were planned and final copy edits and proofing for Edition 2.0 were continuing. For that reason, although Edition 1.5 is improved in its readability compared to the original, it may contain small errors in the text and formatting. For more details, please see www.personalitysystem.com

I’ve added updated powerpoint lectures for all the chapters of the book on the “Instructor Support” page. The files are password protected; please e-mail me if you need the password.

My book arrived in the mail this afternoon. The cover issues have been solved…it looks good to me.

Personality: A Systems Approach, Edition 1.5, is now available online at Createspace at this link. The textbook will be available for purchase on Amazon.com in 3-5 days from today.

I hope you and your students will enjoy using it.

The new official release date is August 20th, 2014 or slightly before.

I now have heard back from the Createspace tech team about issues with the book cover and have reached a resolution concerning the problem(s). There were two issues with the last cover I saw—even though the cover looked great overall.

The most serious issue turned out to be a one-time problem with the machine that cut the bottom of the cover a bit incorrectly  (this was a very small flaw, but it did concern me). They are willing to exchange books that have a flaw at that level.

The second issue concerned vertical positioning of the book title and author names on the front cover. The Createspace tech team told me that although the title and names were not quite vertically centered properly, the off-center issue was within their quality-control parameters and there wasn’t anything further I or they could do about it.

As it turned out, I ordered a further exam copy for myself last Thursday that was scheduled to arrive Tuesday the 19th.  I will decide later today whether to release the book before or after that copy arrives.

I’ve just altered the date for the release of Edition 1.5 of the book  from “August 15th” to “August 15th-August 20th.” I’m still shooting for Friday the 15th, or the 18th at the latest, but given the issues I describe with the cover (see earlier post from today), I think it’s most sensible to try to wait until the tech problem is resolved. The interior of the book is finished.

If anyone does need the book on August 15th, please do let me know and I’ll put the book up for sale on the 15th as planned. The issues with the cover are fairly minor, and I can take the book off of sale later and fix them.

I’ve just uploaded the new “interior” of the book—including rewrites (for clarity, not content) of Chapters 1 through 3 onto the Createspace platform as of 6:30 PM this evening, along with a revision of the cover.

I should mention that I’m being assisted by Deborah Hirsch and Brendan C. Lortie, who have been working on the editorial side (Hirsch) and the book production side (Lortie), and Sarah Mayer, who has been working on the cover image. Thanks in large part to their help, Edition 1.5 is noticeably better than the 1st Edition, and has an appealing layout.

The 6:30 PM upload was later than I had hoped. I was delayed chiefly as I waited for a message from Createspace to resolve an issue with the cover. The issue is far less serious than at Lulu.com (it involves vertical centering of some text and the spine), but I’d like students to have the best looking cover possible.

I’ve uploaded sample lectures for any interested instructors to use with the book. You can see a sample lecture for Chapter 6. The remaining lectures are password protected. If you’d like the password, e-mail me.

The latest version of the book arrived today and it looks very good. I’m working on editing Chapter 3 to see if I can get it revised in time to include in the final version.

Hi, all is going according to schedule. I expect the latest proof copy of the book to arrive on Tuesday, August 12th.

Meanwhile, thanks to long waits in the airport on the way to the American Psychological Association, and also on the way back, I was able to carry out a substantial edit of Chapter 3 for readability and accuracy (I’m almost done). I’m hopeful that I’ll be able to add that into the final upload on Thursday August 14th, but it will depend in part on my copy editor (who reviews my edits). If necessary, I’ll upload a revision of only the beginning of the chapter (which most benefited from the edits).

After I upload the newest version of the book, it must be approved by Createspace, which occurs in less than 24 hours. (They have approved every version so far). As soon as the book has been approved, I’ll proof the book using an online PDF rather than with a paper copy. Assuming everything is laid out in a reasonable fashion, I’ll publish the book on Friday the 15th.

I don’t know what I’ll do then! Take a break I hope, and then move on to work on 2nd edition.

You can now see the order page at Createspace online here.

The first proof copy of the Createspace version of the book has arrived and it’s the best-looking version so far. (Earlier, I proofed a version from Lulu.com but switched printers for reasons described below). The 2nd version of the cover is far better than the first and the interior layout in the new 8 1/2 x 11 size looks sharp.

After looking over the test copy, I put the book into a further phase of proofing so as to allow for (what I hope will be) a slightly more professional look to the line spacing, and to correct a few minor layout errors. 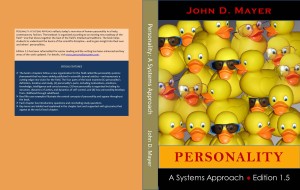 This is a mock-up of the cover—the photo to the middle-right is being revised. An ISBN will appear to the bottom right on the back cover.

I just uploaded a second trial version of the book—this time I used Createspace (Amazon’s service) rather than Lulu.com. At Lulu.com I encountered a combination of (very slight) quality limits regarding the book, coupled with some difficulty in contacting their customer service reps. For the sake of the print version of the book, I switched to  Createspace—at least for 24 hours. They are now reviewing my submission and I’ll try lulu.com again today if I have time. All things considered, however, I may switch platforms. The schedule and the pricing of the book should remain the same.

A PDF of the front matter and first chapter of Edition 1.5 is now available on this site on this page.

Late yesterday afternoon,  I received a copy of the print version of the book produced by Lulu. It took about 3 days to ship and arrived four days after shipping (including a Sunday). Strictly in terms of the print quality, it is to my eye roughly comparable to the soft-cover version of the book done by Pearson Education: The cover is glossy and inside the quality is somewhere between a nicely produced book and a xerox copy. A number of faculty mentioned the drop in print quality from the hardcover edition to the soft-cover version produced by Pearson, and they will find the same issues with this edition that they did with the soft cover—but I think this version looks reasonably professional and should be adequate for an interim edition.

We’ll see how well the book holds up over the semester but the binding seems reasonable to start. As a compensation, I can price this book much lower than Pearson was able to (see the page on the release schedule for details).

A trial version of the book is now online at Lulu.com–the print-on-demand service we’ll be using. The site is “private” for the moment to avoid people mistaking the draft version for the actual new draft. I have ordered a copy (and sent a desk copy to another faculty member) so we can check the quality of the print copy ahead of the final upload. The draft examination copies of the 2nd edition should be arriving this week or next.

The new/revised web page, “Changes to the 2nd Edition” now has a better organized and more complete description of what is the same versus what has changed in the new edition. To find out what happened to your favorite boxed material, you also can visit the page, “Boxes in the 2nd Edition.”

I now have a cover-to-cover revised version of the book—but I am still tweaking portions as time allows, and I have some revised sections under review by a copy editor, and will make any necessary  changes when I hear back from her.

By necessity given the short time frame between now and the beginning of the Fall, 2014 semester, I’ve conceived of the 2nd edition as a “bridge edition” between the Pearson 1st edition and a more thorough update (and online version) planned for a bit later.